Have you heard of it—the One Word movement? It’s been around for awhile now. The idea is to choose just one word that represents you or the way you’d like to be and then to bring a laser focus to that word, that overarching goal, throughout the year.

It’s an alternative to the typical New Year’s resolutions. The One Word concept feels friendlier than resolutions. And more concise. It’s about positivity instead of the negative-based self recriminations inherent in typical resolutions: lose weight, be nicer, make better grades, be a better parent, eat less candy—the kind of thing that suggests you haven’t been doing such a great job of being yourself.

The movement takes many forms. Google it and you’ll find One Word sites ranging from faith-based (“God wants to use one word to shape your decisions”) to frivolous (“a fun take on New Year’s resolutions”). Most are trying to sell you something, often books: religion, get rich quick, self-improvement. And more than a few people claim credit for thinking the whole thing up in the first place.

But the idea has merit, I think. It’s a form of commitment that builds on the foundation of living intentionally. It lets you zero in on one big concept that matters to you. Your choice. A one word motto. And if you feel you’ve maxed out your word’s potential, there’s nothing to say you can’t tack on a new one if that’s what you want. Or change it if it’s not working out for some reason or other.

As a word person, I can’t help but be attracted to the idea (though picking just one word is nigh unto impossible for this word lover). My last post, The Winter(s) of My Discontent, may have sounded an awfully lot like a resolution, but I think I’ve found the perfect word to sum up where I want to head this year, and it feels better than a resolution. More inclusive, more opportunities, more interesting. (Patience, readers–I’ll get to my word momentarily.)

There are lots of words to choose from. Here are a just a few I came across on some of those websites I checked out: joy, more, balance, silence, truth, expand, create, appreciate, strength, gratitude, simplicity, trust, release, delight, heal, adventure. See the possibilities?

I got called out once for not following the One Word rules to the letter (based on one of the many One Word websites’ directive). But I don’t work that way. I don’t automatically follow someone else’s construct. My approach is a bit more casual. I see an idea, I adapt it. You can, too. Go ahead. You have my permission. (Wink emoticon)

My one word for 2017 is move. It’s so simple it’s elegant. It can mean so many things: change your address or your job or your relationship—no, I’m not doing any of those things, thank you very much. Or it can mean go, change position, exercise, progress, alter your course.

Move is the perfect word for me right now. An action word in a season where I’ve gotten sort of stuck, both physically and psychologically. Maybe come spring, that veritable season of action, I’ll be ready for a new word. What do you think? Do you have a word you’d like to serve as your beacon this year? I’d love for you to share in a comment below. It’s not too late—the year’s barely gotten started.

(p.s.  Already, winter is testing my resolve. Today welcomed me with almost six inches of snow, temperatures in the low teens, and big winds. But I’m up for it. Yep, I grabbed my big winter coat and pulled on my snow boots and headed for the big outdoors before coming back inside to move in completely different kinds of ways.) 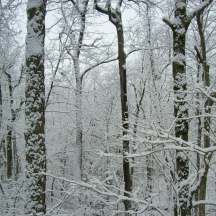 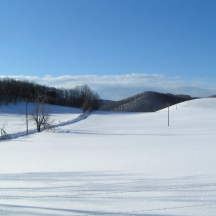