“I think that I shall never see a poem as lovely as a tree.” —Joyce Kilmer, “Trees”

It may not the be one of the world’s great poems, but the sentiment rings true. Poems are just . . . well, poems. But trees! Trees are magnificent. The oldest known non-clonal living tree is a Great Basin bristlecone pine. At more tan 5,000 years old, it resides in California. 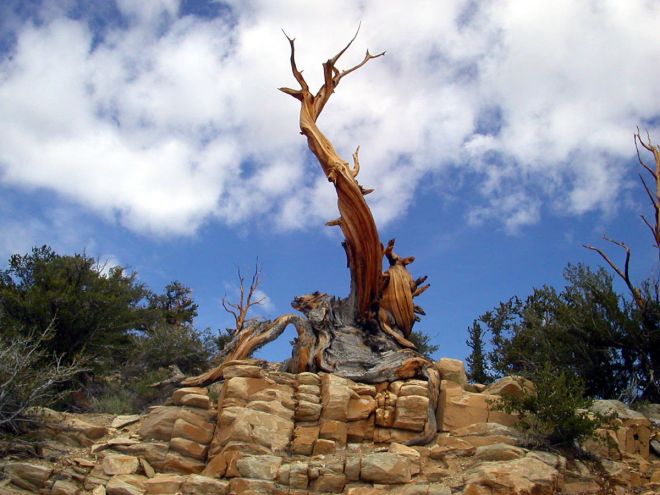 It may not look it, but this 5,000 year-old bristlecone is still living. (Public domain photo by Mark Wilson.)

As old as many bristlecones are, they’re not all that tall, ranging from 16 to 49 feet. The award for tallest tree goes to one of those gargantuan redwoods we grew up learning about. There’s a Coast Redwood, also in California, that’s just twenty feet shy of being 400 feet tall.

Then there’s the General Sherman giant sequoia in—you guessed it—California, the largest known living tree by volume, at more than 52,000 cubic feet. A wild fig tree located in Mpumalanga, South Africa has roots that go down 400 feet—that’s a deeper root system than the above-ground height of the General Sherman.

Honors for the tree with the largest diameter (38.1 feet) go to El Arbol del Tule, a cypress in Oaxaca, Mexico. Its circumference is a whopping 137+ feet. It would take about 25 adults standing in a circle, arms outstretched, fingertips touching, to reach around that tree. To put that in perspective, it would only take 18 of those same people to encircle our home, with its 24 x 26´ footprint.

About those clonal trees. If you’re like me, you’ve never heard of clonal and non-clonal trees, so here’s a lesson in a nutshell, so to speak. A non-clonal tree is an individual tree, just like you and I are individual people. A clonal tree, though, is a colony of genetically identical trees. The individual trees originate vegetatively from a single ancestor instead of sexually. So, when we talk about the age of a clonal colony, we’re really talking about the root system. Since the entire colony is part of a single root system, the whole is considered in determining age and weight. Pando, a colony of single Quaking Aspen located in Utah’s Fishlake National Forest, is at least 80,000 years old (by some estimates as much as 1,000,000 years old) and weighs an estimated 6,000 tons, making it both the world’s oldest known clonal tree and its heaviest known organism.

These are the exceptions, of course, and there’s more to trees than their age or size or weight. Trees provide shelter and food. They cool us with their shade. When they’re downed, they provide heat in stoves and fireplaces. And let’s not forget that they absorb carbon dioxide and provide life-sustaining oxygen for us humans. Remember those 18 people surrounding my home? An acre of trees produces enough oxygen to let them breathe for an entire year.

See? I wasn’t exaggerating when I said trees are magnificent. Yes, poems are just words. Trees are the real poetry.

Here’s some tree poetry in photographs (all photos taken by the Gnome or the Crone). 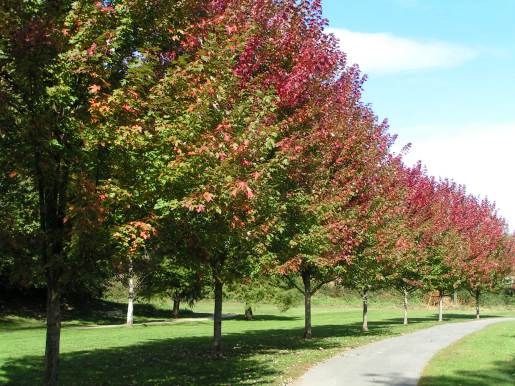 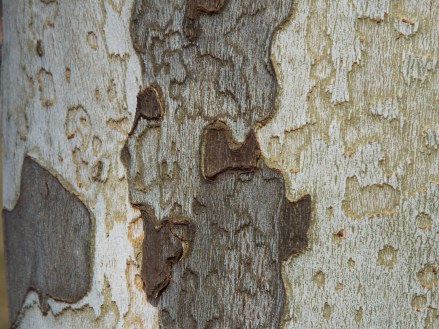 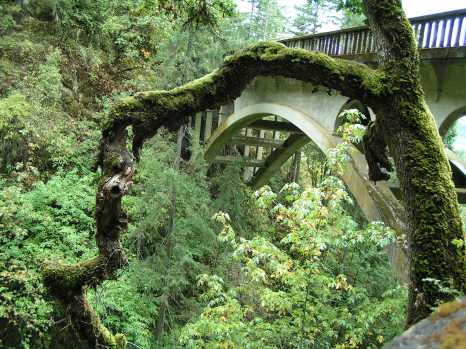 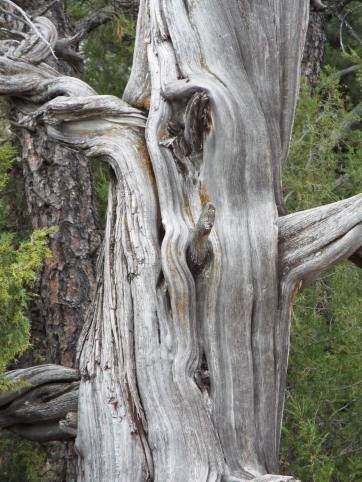 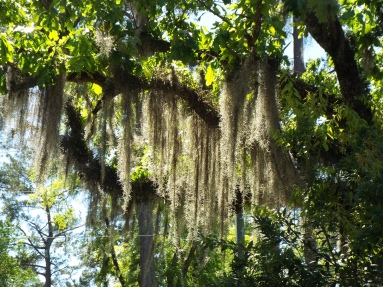 (Note: The statistics referenced above came various crosschecked online sources. Occasionally, there’s some contradictory information out there, but the point remains the same.)

Follow Living on the Diagonal on WordPress.com
Join 521 other followers