Can I just say, with a big Whew, I have just completed my magnum opus. Let me introduce you to my newest nonfiction book, David Rae Smith: A Life in Opera. And it feels a-mazing! The fabulous cover art is courtesy of the Gnome. I could not be more proud. 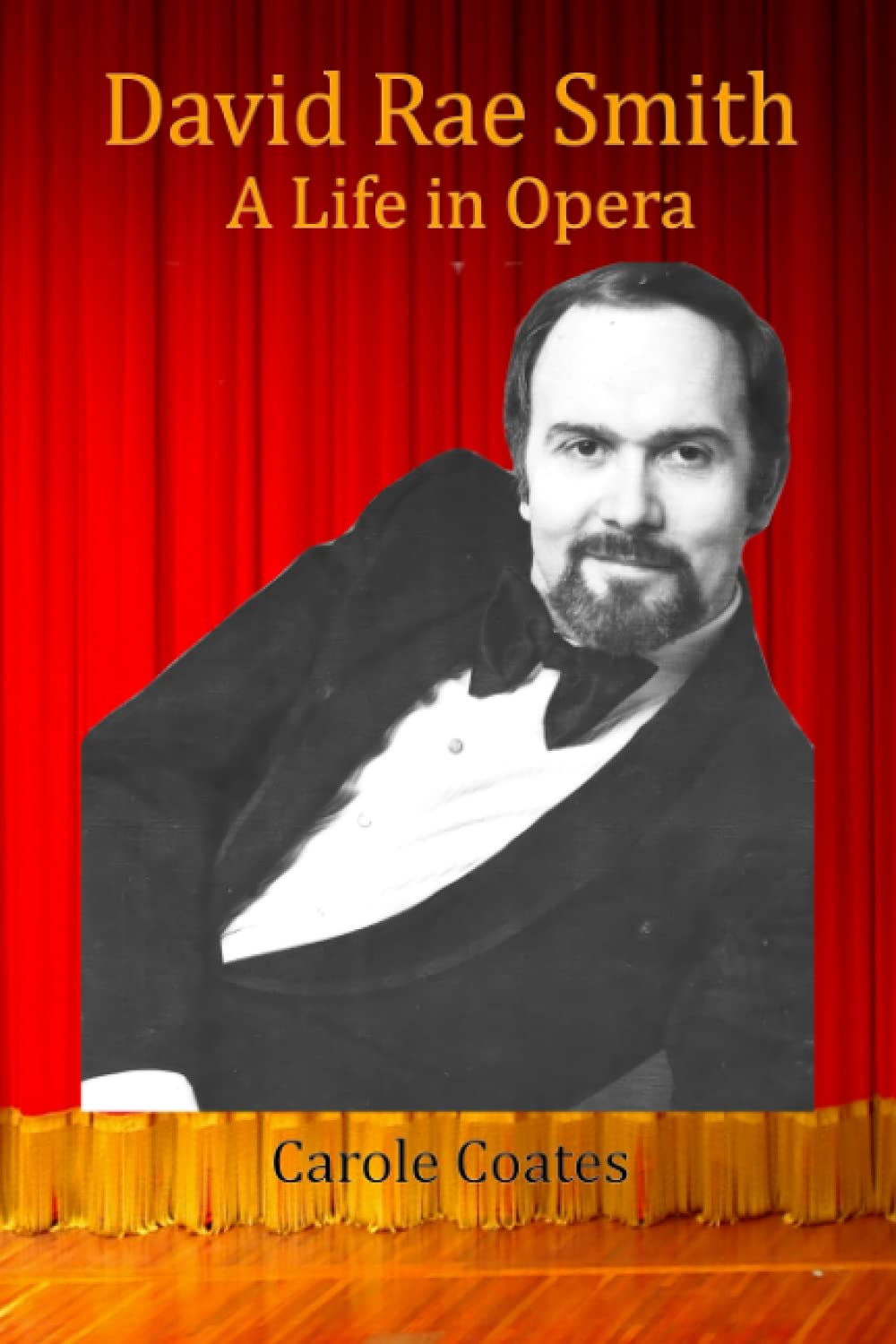 Now, if the title doesn’t strike you as a page turner, I get it. But let me tell you a little about it. Actually, let me share the blurb on the back cover:

How did a Depression-era boy from the mountains of western North Carolina end up as a featured performer on the New York opera stage? Multi-talented David Rae Smith could have made a success of any number of professions, but opera and musical theater stole his heart. From his first days at the University of Illinois, he was determined to make it on stage. Years of study, hard work, and downright doggedness paid off when he signed a contract with the New York City Opera, marking the beginning of a thirty-year career with the company widely known as The People’s Opera. Along the way, he starred in opera productions and musical theater throughout the United States and internationally; created his own cabaret act; sang with the famed Robert Shaw Chorale, and performed on Broadway and luxury cruises. He was featured on recordings and appeared on radio and national television. Comedy was his forte, but he could do it all.

Combining personal interviews, newspaper archives, and other historical records, the author has woven Smith’s personal story and the world of the performing arts into a narrative which should interest music and history lovers alike.

David Rae Smith, Rae as he was known to family and childhood friends, was my dad’s first cousin. I didn’t know much about him, but I knew he was the last of his family line, and I wanted to learn and preserve his story before it was completely lost. Turns out it was pretty interesting. In addition to relying on various print sources, I was able to dig up some of his opera colleagues and even his oldest friend from Asheville to learn about the kind of person he was as well as his professional struggles and successes. I found some old correspondence to fill in even more gaps. And I added in a number of opera anecdotes, story plots, and other historical information to create what I think makes a fascinating tale. OK, call me biased, but I stand by those words. It’s chock full of information, and I can guarantee readers will learn more than a few new things. Honest! (Bonus for those interested in Asheville history: you’ll find some little known and curious facts between the covers.)

As of this week, the book is available on Amazon.com. If you want to take a look, just be sure to type in the entire title. It may take a few days for the ‘Look Inside’ feature to be available, but if it isn’t there already it should be soon. I’d be so tickled if you choose to purchase the book. Every reader helps ensure his legacy, and that’s a beautiful thing. Also, if you read the book, may I ask that you post a review. And many, many thanks.