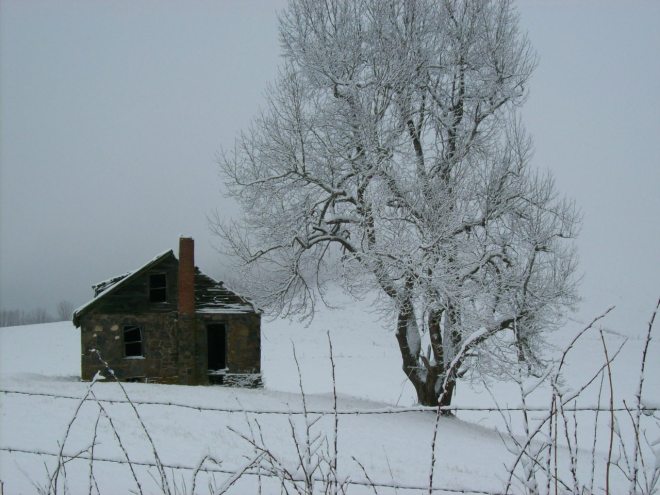 In eastern South Carolina where I grew up, about an hour’s drive from Myrtle Beach, a snowfall was a unexpected and exciting gift from Mother Nature. I remember one particularly bountiful snow—enough to build a snowman! That was a true rarity. My brothers and I went all out, rolling three balls of snow, each larger than the one before. We rolled and we rolled. How proud we were to be able to make a huge snow statement.

We rolled the huge bottom section where we wanted to build our snowperson. We rolled the next one over, but when we tried to lift it into place, it didn’t budge. That’s how little we knew about snow. Finally, Dad’s strength and ingenuity solved our conundrum.

Now I live in a place that gets snow most every winter, some years more than others. I enjoy the variation of the seasons, so I welcome snow. Sometimes.

In the right conditions, a snowfall can be breathtakingly beautiful. If the temperature hovers near the freezing mark, the snow is usually heavy and wet, turning every outdoor thing into a pearlescent sculptural wonder. 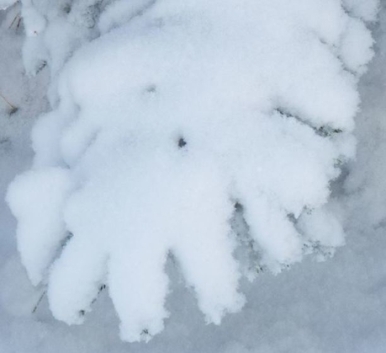 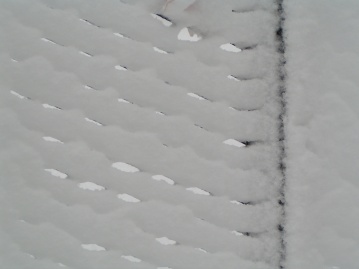 Stopping by woods on a snowy evening

The tiny, dry flakes created by brisker winter temperatures sparkle when the sun comes out as if billions of diamonds fell from the sky.

If the snow is preceded by hoar frost, feathery ice crystals that attach themselves to every outdoor surface, the whole world becomes white—every branch of every tree, every pine needle, every fence post and metal structure, everything. It almost makes my heart ache. 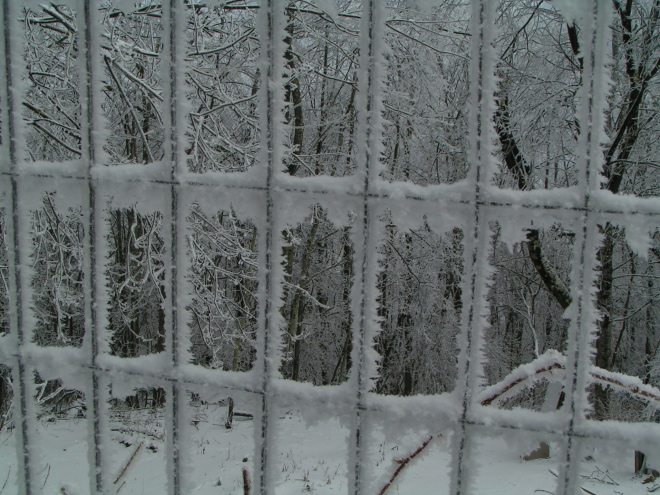 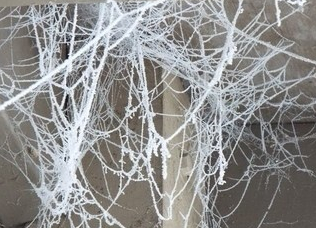 Even cobwebs are appealing when covered in hoar frost.

But snow has another side. The excitement grows old when winter comes early and refuses to leave center stage so colorful spring can make a long-awaited debut. And that’s not all.

When even a modest snow is accompanied by strong winds, as is so often the case on our mountainside, the snow piles into unplowable drifts. We’ve been known to pack snowshoes, a shovel in case we get stuck, and a plastic sled in our car and park at the bottom of our nearly half-mile gravel drive in anticipation of such an event. On more than a few occasions, we’ve slogged up that mountain road pulling a sled full of groceries, bags of pet food and birdseed, book bags, and more.

Sometimes we’ve been caught off guard. Without snowshoes or the shovel that spends most of the winter in the car, walking in can be a real trial, especially in a deep snow where each step means lifting one’s knees waist high or higher with every step. And climbing uphill, at that. Conversely, we’ve been completely snowed in for four or five days at a time. An adventure at first, but gnawing anxieties grow with each day as we begin considering the possibilities of being trapped in the event of an emergency.

And then there’s that dreaded word, ice. At just the right—or wrong—temperature, snow is preceded by rain which freezes on roads. Sometimes the reverse happens and rain or sleet falls after the snow. Walking and driving in either condition is treacherous. Add steep, curvy, and sometimes narrow mountain roads for a bigger thrill than any theme park ride.

Icicles can be fascinating, though, especially when the wind blows.

In normal times, we may only have one ‘good’ snow a year, and it doesn’t usually hang around long. A day or two later, the sun’s rays melt most of it away. We’ve had a few exceptional years, though. Real doozies.

In 1993, snow totaled more than three feet in just over two days. We were under curfew for forty-eight hours straight. Locals fondly remember it as the Blizzard of ’93 (and yes, it was an actual blizzard). At the time, it was called ‘the storm of the century.’ The National Weather Service named it a superstorm.

The 2009-10 winter brought us more than nine feet of snow—and since temps remained below freezing for the duration, none of it had a chance to melt. For more than three months, the only outdoor colors we saw were white and gray.

Once we could drive around our mountain road,  2010

Fifty years earlier, way back in 1960 (well before we lived here), it only snowed seven feet, all of it falling in a just over a month. Every other day it snowed. Temperatures never rose. The winds were fierce. What snowplows cleared one day, howling winds turned into another drift the next. Children missed a month of school; helicopters dropped food, medicine, and cattle feed to isolated rural households.

Now, I know our snow totals are nothing compared to the country’s northernmost areas and tallest peaks. But, hey, I’m in the south. Most folks don’t typically associate such snow totals in the land they think of as all sunshine and beaches.

But don’t feel sorry for us. We mountaineers take a kind of perverse pleasure in our extreme weather. It’s like a badge of honor and we wear it (read: talk about it) all the time, as if we somehow deserve credit for weather’s natural occurrences. We proudly claim our snow. 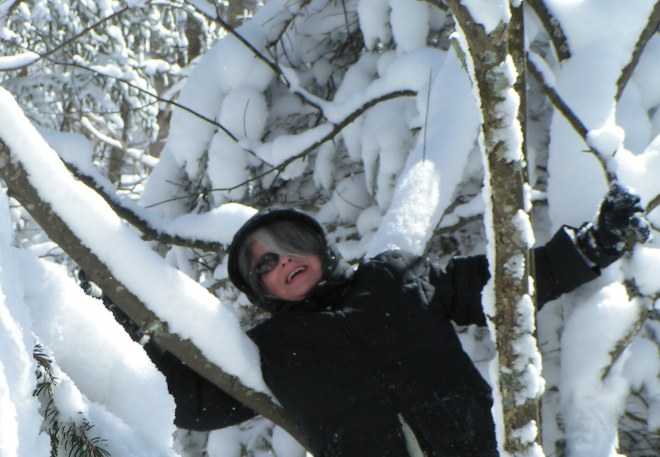 Taking a bite out of snow

Back in my high school days, when every snowflake sent us running to the windows in gobsmacked awe, we were naively oblivious to snow’s downsides. All we knew was that even a relatively deep snowfall would disappear within hours, the reason we wasted no time getting outside.

During spring break of my senior year, our high school chorus went on tour. We were headed to New York. We spent a night in New York City, the first time most of us had ever seen a skyscraper. Then we traveled upstate to perform. We were excited to see snow on the ground. But what were those humongous ugly mountains of grayish-black, sludgy-looking stuff at nearly every corner? Yeck! Why, I wondered, didn’t these northerners care enough to keep their snow clean and pristine? How could they let it sit around and get so dirty, so totally ruinous to the landscape of purest white? 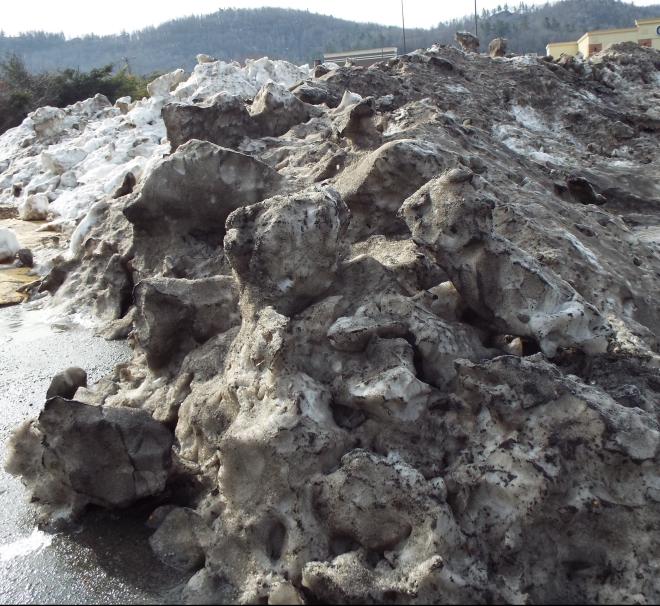 8 thoughts on “The Other Side of Snow”