When I wasn’t planning to be Debbie Reynolds when I grew up, I wanted to become a concert pianist. I didn’t picture myself playing so much as bowing to the standing ovations. Oh, the applause!

I began taking piano lessons when I was seven. Dad drove me to Mrs. Kennedy’s each week for my 7:15 class before the start of the school day. How I treasured my red-and-white-covered John Thompson piano books. We haven’t owned a piano for thirty years, but I think I still have one of those falling-apart books tucked away somewhere. Some things are just too precious to give up. I mostly remember “Toreador Song,” “Berceuse,” and “Spinning Song”—one of my favorites.

I was never going to make it to the concert stage. It didn’t take too long for me to realize that—I swooned over playing, but I didn’t relish practicing scales at all. Yet, my dreams were reignited the 1959 day a 33-1/3 LP of twenty-five year-old pianist Philippe Entremont playing Mussorgsky’s Pictures at an Exhibition showed up in our home. Now, I could listen to Chopin all day, but I heard Entremont’s Pictures in my sleep. I sat next to our high-fidelity stereo cabinet listening for hours as my head and shoulders swayed and bounced to Mussorgsky’s rhythms. Nothing would do but to obtain the sheet music, which I practiced relentlessly. Next thing I knew I was playing at least the first movement, “Promenade,” at the recital of my new piano teacher, Katherine Saleeby. (She was very patient with me and my musical whims.) Even today, I recognize Pictures at an Exhibition after hearing only the first note.

Young Philippe Entremont at the piano, circa 1959

It’s like that with other pieces, too. Along with a hundred or so college classmates, I sweated through our mandated Music Appreciation class. We spent long hours in the library’s listening room, dropping the needle at random points just as our professor did for tests, hoping if we did it often enough we could identify the music by hearing a mere measure. I guess it worked because, as long as I’m familiar with a piece, it rarely takes more than a couple of notes for me to know what the next ones will be, even if I can’t call up title and composer.

Somewhere along the way, my parents’ Entremont recording disappeared. Knowing how much the music meant to me, the  Gnome spent years (way before the internet age) searching for a Pictures album. One day he surprised me with an orchestral recording. But it was not the same. Many more years later, we were lucky to score the original Entremont solo.

Several years ago, the pianist came to town, conducting (I think) the New Orleans Symphony. Of course I was there. At some point he sat down at the piano. I don’t recall what he played—not Mussorgsky, but it didn’t matter. I wept. 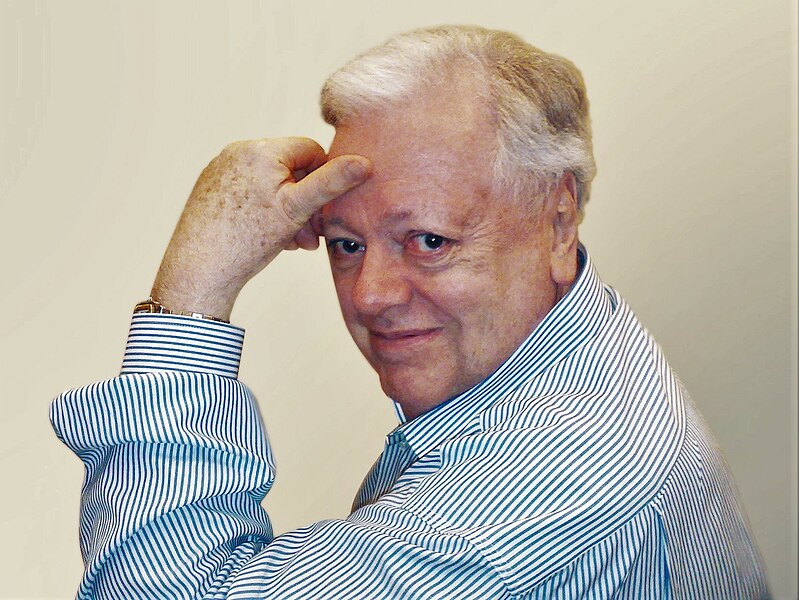 (You can listen to the first three movements of the 1959 solo recording here.)