Last year, I participated in a genealogy challenge on social media called Fifty-two Ancestors in Fifty-Two Weeks. You never know where delving into family history will lead you. You end up learning about people you’d never even heard of. It’s not about attaching yourself to fame and glory, at least not for me. But it does remind me that I’m connected to the history I learned about (and didn’t learn about) in school. It brings history to life. Being conscious of that history is not only interesting, but creates connectivity to others. It can teach important life lessons. And were it not for them—all of them—I wouldn’t be here.

For one weekly genealogy challenge, I wrote about my great-grandmother, Sarah Elizabeth Creech Smith. Somehow, that post popped up on a Creech family page, and next thing I knew I’d been invited to a Creech reunion. Of course, I had to go.

My curiosity about family and family history far outweighed my strong introvert credentials. I’d never met a Creech, probably because my grandmother died four years before I was born. That, and the fact that I was not born and raised in Johnston County, North Carolina, home to many a Creech and the location of the reunion.

I was anxious about being a stranger in the crowd, anxiety that was much alleviated by the Gnome’s presence at my side. (He’s as interested in my family history as I am.) But there was no need to worry. As the newcomer, I wasn’t only welcomed; I was practically rushed by my previously unknown cousins of various degrees.

What a welcoming crowd! Many of us appeared to be from the same generation, all descended from various of Martha Hare and Worley Creech’s nine children. If I’ve got it right, I’m third cousin to most of the kind folks I met that day. 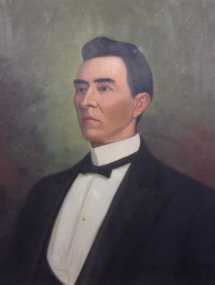 I gathered a few interesting facts about my ancestry. For one thing, the Creeches are a seriously musical bunch with a long heritage of vocal and instrumental talent. They played and sang for more than an hour, and it was beautiful. So that’s where my dad and his brothers and so many of my cousins got lots of their melodic genes!

My ‘new’ cousin Charles remembered being in the house where Worley (second-great-grandfather, if you’re keeping up) grew up. Worley’s youngest son, Carmel, lived and died in that house. Charles, just a kid at the time, remembered when Carmel’s body was brought back to the house. While the children played outside, the adults gathered around to watch over the body and to sing hymns, accompanied by the pump organ that had belonged to Carmel. The worn-out skeleton of the house still stands, hidden by a mass of pine trees and overgrown weeds. It remains in family hands.

Unfortunately, stroke has also played an outsized role in the Creech family for generations. My great-grandmother was a stroke victim. According to one of my uncles, “Grandma Creech was bed-ridden for as long as I can remember.” And my grandmother, Lula, died as the result of her second stroke. That’s why I never got a chance to know her. Not such a good sign—though stroke has not claimed anyone in my direct line since.

In addition to Charles, I met cousins Vicki (reunion host), Genie, Jody, Brenda, Steve, Sharon, Susan, Katherine, Shirley, Tap, and too many more to keep all the names straight—sorry.

A highlight of the day was being in the presence of the family’s matriarch—my second cousin once removed. But eighty-nine-year-old Sarah and I are much closer than that. She knew my dad! And remembered most of his brothers. She knew my great-grandparents! I could have jumped out of my skin. She remembered my great-grandfather, Columbus (Uncle Lumbus, she called him), from Creech reunions way back. And she told me a story about my great-grandmother, Sarah Elizabeth. It went something like this.

“There was this corner store our family went to. One day, I was in the buggy with Mother and we stopped at the store where Mother bought a bag of candies. Oh, how I wanted some of that candy! When we came out of the store and got back in the buggy, she said, ‘I want to tell you something. We’re going to see this lady who’s sick [that would be Elizabeth—Sarah’s mother was her niece], and this candy is for her. Now, she’s going to offer you a piece, because that’s what people do. But you are not to accept it.’

“And sure enough, that’s just what she did. And even though I really wanted a piece of that candy, I did just what my mother said, because that’s what people did.”

Sarah fills me in. (Sarah was also  pianist for all the fine singing.)

I wouldn’t take anything for that reunion day.

(If you care about things like family degrees of separation, you can learn more here.)